Better than expected but growth rate continues to slow.
What does it mean – Unemployment up from 3.5% to 3.6%. Yet there are still over 10 million less Americans working today than pre shutdown.

If you want a job, you can get one…

Job Opening and Labor Turnover Survey showed there were 11.4 million job vacancies in the U.S. at the end of April.
What does it mean – Government policy is getting in the way of the free markets. Employment is available but employers are forced to compete with the government and the multitude of government programs that were originally designed to help people but are now being used to sustain government dependency. This is unsustainable. Margaret Thatcher said it best, “The problem with socialism, is you eventually run out of other people’s money.”

Businesses with fewer than 50 employees lost 91,000 workers last month according to ADP.
What does it mean – Midsize and large companies are benefitting from better access to capital and tougher barriers to entry for small companies due to regulations and the overall difficult economic environment.

While many have felt the pinch of inflation at the store or fueling up their car, your electricity bill is on its way up.
What does it mean – According to the Federal Energy Regulatory Commission the wholesale electric markets for the summer have future prices trading between 77% and 233% higher than last year. While many states are regulated and will not be able to pass on the complete increase right away, this means that we will see rates continue to go up for some time if we do not solve our energy crisis. Drill baby drill!

Below is a great graph showing the increase in gas prices, wind, and solar. Check out nuclear, coal and hydro (I imagine CA citizens wish they had those dams the government ordered destroyed back. Not only would they have more water but maybe more hydroelectric energy). California is now finding out the hard way that leadership and policies matter. 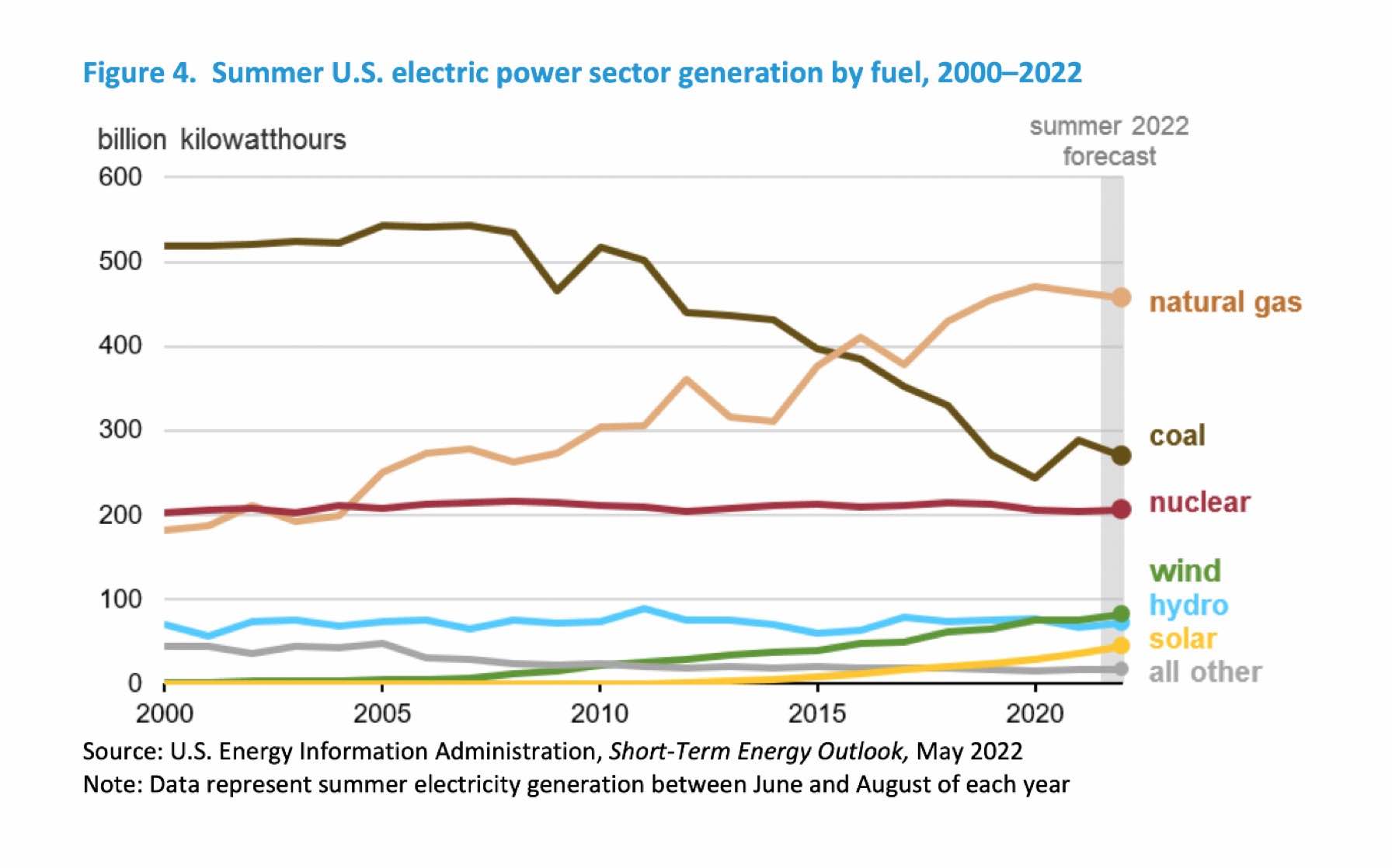 Is the Fed finally listening…

Recent reports are starting to show signs that the Fed is slowing the growth rate of money. We will see once reports are released by the Fed.
What does this mean – If true, the fed may be realizing that they have been on the wrong side of inflation and economic science and are finally dealing with reality. Since the insanity of the mandatory shutdown, money supply is up over 39% according to the federal reserve. Rising interest rates will not cure inflation but will slow down demand and hurt the middle and lower class. Volker realized this in the early 80’s and Nobel Laureate Milton Friedman, one of my economic heroes, harped on this throughout the 70’s and his entire career. He was right then, and history will likely prove him right yet again. Mark Twain once said, “History never repeats itself, but it does often rhyme.”