Last week we saw a rally in the treasury market.
What does it mean – Investors are fearful as signs of a recession are starting to confirm we may already be there and coupled with rising inflation the Fed may push us over the edge as they continue to try to fight inflation with higher rates? Some are now expecting a full 1–point increase on July 27th.

For the week ending July 16, jobless claims increased by 7,000 to 251,000.
What does it mean – This is the first time we have gone over 250,000 since mid–November 2021. The job market continues to be quite tight even as we see our economy continue to stumble from self–inflicted wounds.

Oil off its recent highs…

Due to elevated recession fears, oil prices have backed off since peaking in June.
What does it mean – Regardless of what you hear from the state-run media, the government has done nothing to bring prices down. National gas prices are down roughly $.40 in the month of July. Gas prices have more than doubled since the end of 2020. 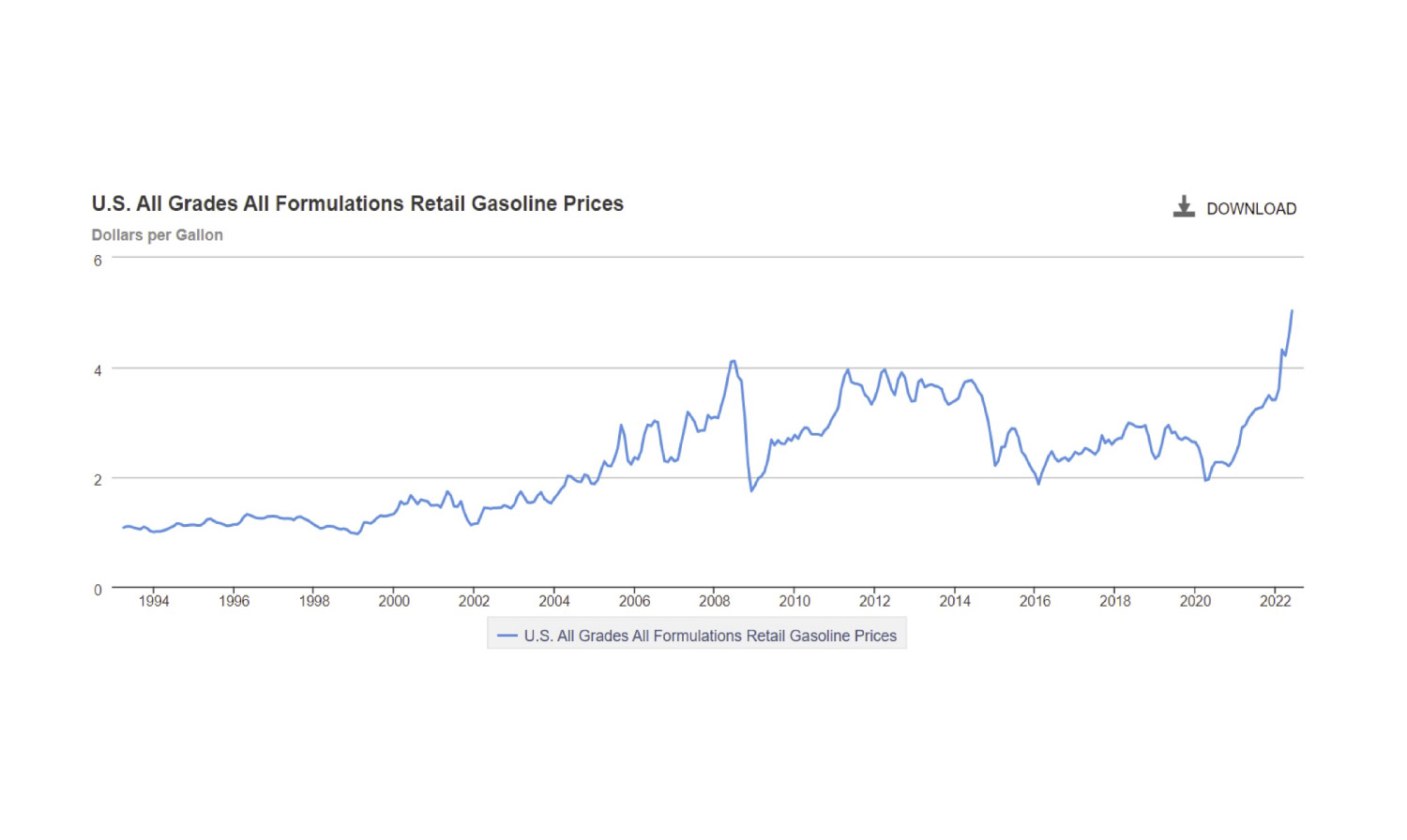 Down 3.3% year-over-year marking the sixth straight decline.
What does it mean – Inflation is not transitory, and the pain may accelerate as the Fed continues to step in with higher interest rates as they continue to fight out of the very corner they put themselves in to.

Northeast (unchanged); Midwest (-1.6%); South (-6.2%); and West (-11.1%).
What does it mean – Total sales in June were down 14.2% from a year ago. With rising interest rates and continued inflation, there are fewer potential buyers. The housing market will continue to struggle.

Supply Chain is about to get messy out west…

California passes new law prohibiting independent truckers in the state.
What does that mean – There are over 70,000 independent truckers in CA that are protesting by shutting down the ports and protesting against big government overreach. These truckers are business owners and yet, our state is doing the bidding for big business and unions. This will drive up costs of everything you purchase, ship, or consume.

In the meantime, if these truckers want to work, they can expect their costs to go up by nearly $20,000 per year according to the Independent Trucking Association. This is inflationary and will only add to the pain all of us feel at the stores. Cost of goods will go up as shipping costs will increase by roughly $1.4 billion dollars a year. You must ask yourself, “what else can the CA governor and Sacramento due to make it harder on our small business owners and citizens?”

And this administration sells our oil to China.
What does this mean – Folks, you can’t make this stuff up. In a partisan vote, every Democrat in congress voted on Wednesday July 20th to continue to supply China with oil form our Strategic Petroleum Reserve. On that same day, it was released that nearly 1 billion barrels have been sold to an American subsidiary of Sinopec, a Chinese company in which Hunter Biden is heavily invested in and has worked with.

Our government is choosing China over our citizens and treating you like subjects. We are redistributing our wealth and treasure to a country that violates everything a moral society believes in and stands for. You should be asking yourself, “why are we supplying China with everything they need but denying the American citizen the benefits of their tax dollars?”

Our citizens struggle with gas near $5.00 gallon on a national average and just across the border in Mexico it is roughly $1.00 cheaper than in the U.S. All of this is happening at the same time Congress votes to supply China with precious resources that belong to you, the American Citizen.

Follow the money. The current administration insists that the world will implode if we do not solve the climate crisis and rid ourselves of fossil fuels. Unfortunately, without oil, gas, and coal to fuel the factories that build and produce windmills, solar panels, electric cars, and transport these newly minted experts on climate would be unable to fly all over the world in their private jets. The Green New Deal is a pipe dream and has truly become a trojan horse for more government regulation and expense.

Reliable and cheap energy is the foundation for a thriving economy. One day technology may be ready to help ween us off of traditional energy, but it is nowhere close to being able to run the factories that actually build the electric cars, wind mills and solar panels.

If this administration really cared about the U.S. Citizen, they would release the drillers and reverse the closure of refineries in the U.S. We are about to be down 9 refineries by year end.

Winston Churchill famously said, “I am an optimist, it does not seem to much use being anything else.”