Yes, when you hear the senate is hard at work over the weekend, you should get scared. Really scared.
What does it mean – One thing!!! More spending, more regulation, more debt, higher taxes and fees, and an ever growing, bloated bureaucracy. You and I, the American taxpayers will have to foot the bill for all of this because we the people will not hold elected and unelected officials accountable. Wake Up!!

Ask Congresswoman Pelosi. Her and her husband benefited from $5 million investment in stock options prior to the $280 billion bill being voted on and passed by Congress.
What does it mean – We pay very close attention to what DC and State governments are doing. I only wish we had the inside information they have. As the saying goes in Washington and state capitols around the country, “Rules for thee, but not for me.”

Even though every independent economist including the CBO told them that this bill will not reduce inflation.
What does it mean – The Senate went late into the night to pass a bill that does not do what the title says it is supposed to do. So, let’s just hit on a few of the points of what it will do:

Remember Klaus Schwab author of COVID-19: The Great Reset and Chairman of the World Economic Forum said, “You will own nothing and be happy.” This bill is well on its way to syphon what little the middle-class families own from their individual balance sheet.

U.S. Adds 528,000 jobs…
Awesome number and way above what any economist projected.
What does it mean – If numbers are correct labor participation should be close to where it was pre pandemic. Unfortunately, the numbers are not that clear and there is still a difference of over 1.5% between the current labor participation rate and where we are today. Not all Americans are back to work.

The household survey once again was materially divergent from the payroll report showing only 175,000 jobs added after showing flat or declines for prior four months. Something does not smell right. But then again DC is famous for changing definitions and $450 plungers.

Fed raises rates…
Fed raises rates by .75%.
What does it mean – Since 1965, the Fed has never begun a hike cycle with inflation this high and avoided a recession. The Fed is behind the “8 ball.” 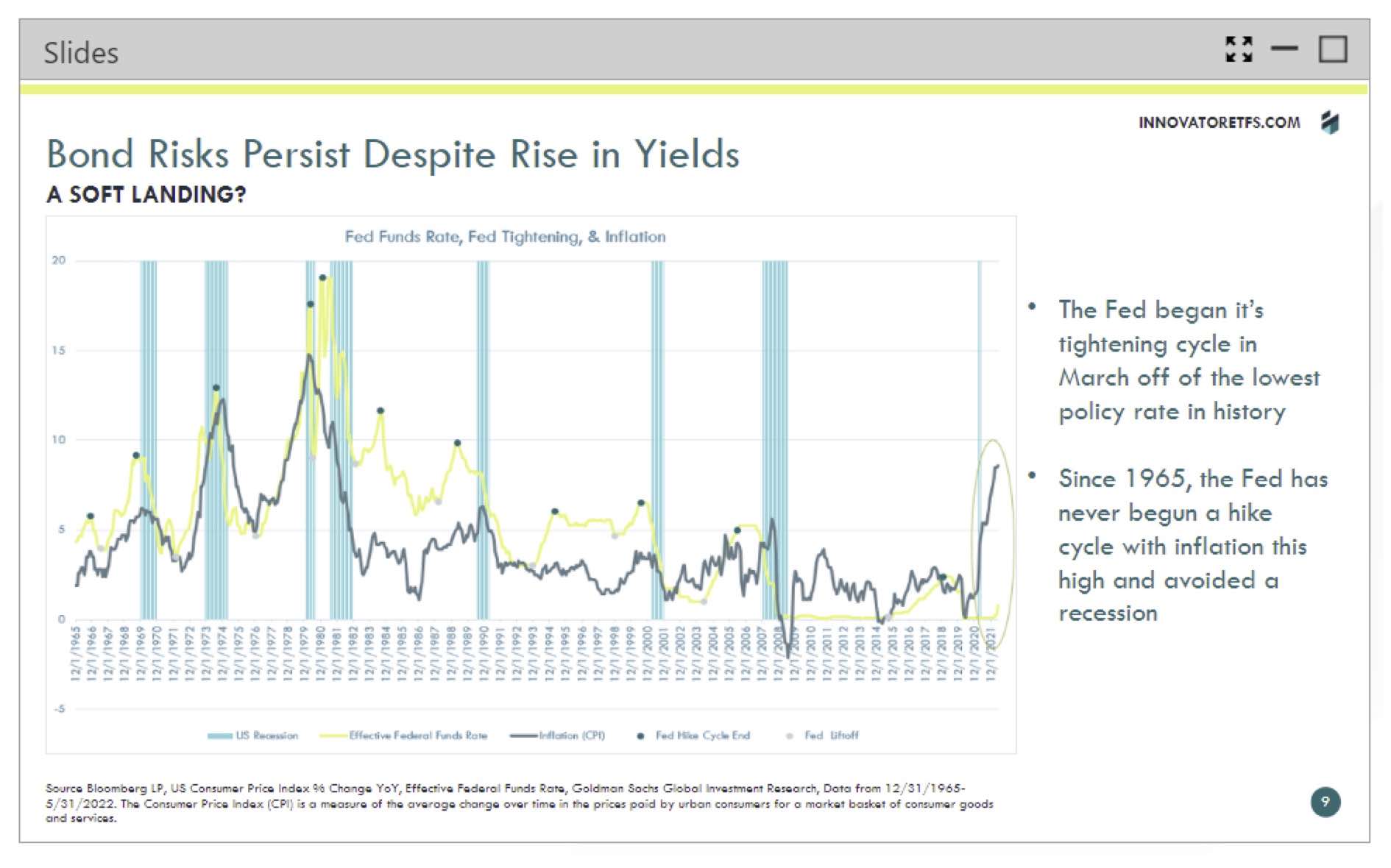 Small businesses seeking to increase their overseas sales are supposed to be the primary beneficiaries of loan guarantees by the U.S. Export-Import Bank but this unelected bureaucracy is handing out billions to China and Russia…You say what? Yep.
What does it mean – According to the Epoch Times, “Small businesses, supposedly the intended beneficiary of the Export-Import Bank, received only $54.8 billion of the over $234 billion in total assistance since 2007, or about 23 percent” of the bank’s total funding, according to the report by Open The Books (OTB), a Chicago-based nonprofit that monitors government spending.

By filing more than 40,000 federal Freedom of Information Act requests and posting the checkbooks of 49 state governments, OTB has posted to the internet more than $6 trillion in public spending. The nonprofit’s goal is to “post every dime in real-time.”

The largest beneficiary of Ex-Im lending is Boeing Co., the largest U.S. aircraft manufacturer and one of the world’s most successful designers and builders of commercial airliners. One has to ask, what do they need these loans for?

This is another perfect example of how Big Government favors and supports Big Business. The very government agency that is supposed to help small businesses are actually adding the very companies that would love to eliminate future competition, develop new technology and create new jobs. This is not healthy, nor should government be involved.

Economist see GDP continuing to decline…
Forecasts continue to fall for 20220 and 2023.
What does it mean – As inflation continues to eat into every Americans pocketbook, our elected officials decided to raise taxes on its citizens, spend billions on the “Green New Deal”, subsidize drug companies, yet refuse to pave the way for energy companies to produce more oil and increase the ability for refineries to refine more oil. In the meantime, Germany just restarted a coal plant to meet its energy needs and fight the high cost of energy. Even President Obama warned against raising taxes during a recession.

With out efficient and predictable energy our economy and the global economy will continue to suffer. This will only help to redistribute wealth through higher inflation and energy costs.

Coal prices at all time high…

So much for the Paris and Glasgow agreements.
What does it mean – Demand for coal is skyrocketing as Europe throws out the climate accords to secure efficient and predictable energy sources to power their economy. They are hoping the switch back to coal will help ward off more difficult times for their citizens and their economy.

Let’s roll America!! We have to fix what DC is breaking.

De Groote Financial Group, LLC is a federally registered investment adviser that maintains a principal office in the State ofCalifornia. The information contained in this message is confidential, protected from disclosure and may be legally privileged. If the reader of this message is not the intended recipient or an employee or agent responsible for delivering this message to the intended recipient, you are hereby notified that any disclosure, distribution, copying, or any action taken or action omitted in reliance on it, is strictly prohibited and may be unlawful. If you have received this communication in error, please notify us immediately by replying to this message and destroy the material in its entirety, whether in electronic or hard copy format.